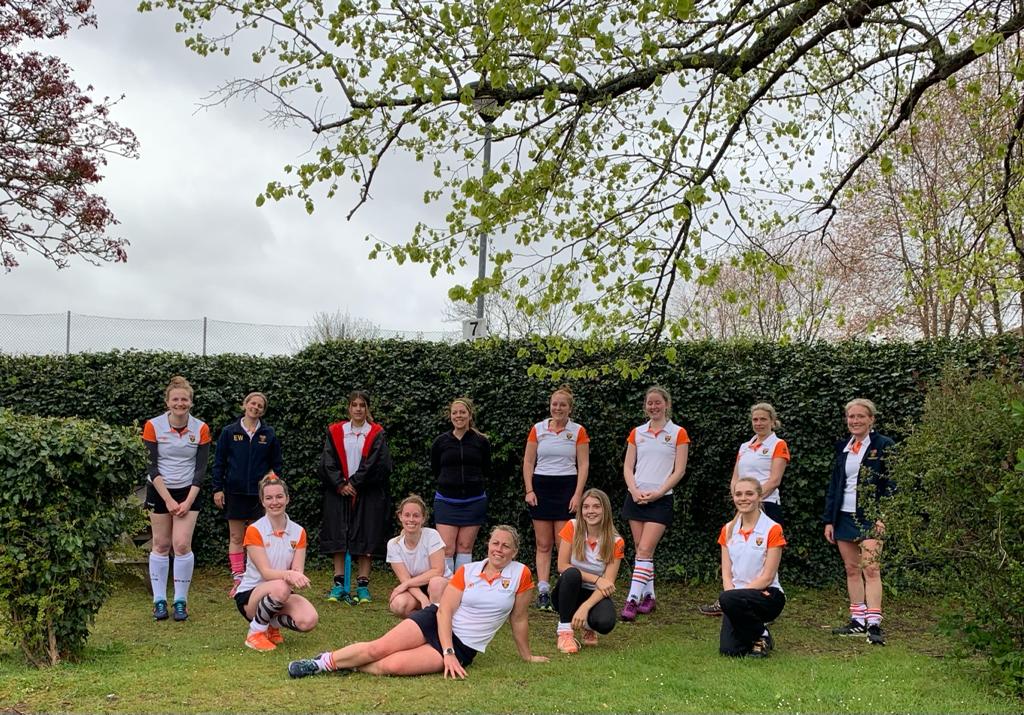 Ladies 3s vs Reigate
The ladies 3’s were away this week and with a very rainy morning it looked like we were going to get soaked.  Luckily  though the rain stopped.

Playing with no goalie and 11 on field, the first half was full of brilliantly passing and control, having pretty much all the play.  We scored two early goals which set us up us nicely (Amy B scoring her first).  A third goal scored from a short corner gave us a great lead.

The second half was definitely tougher, with the oppo changing tactics and testing the defence, who I have to say were awesome.  Unfortunately two of the ladies saw green after some interesting decisions but it did not matter we rose to the challenge.  This half bought 1 goal and the final score was 4 -0 to us.  Goalscorers; Bernie x2, Amy and Manny.

Thank you to Ellie and Jo from the 2’s helping us out today.

Another journey to London, no goalie and 11 outfielders was not looking too encouraging.  A sub or two would have been very welcome and although a plea for players was made, the location made it unattractive and with most of the younger element in the middle of exams, it was going to be difficult.  However a healthy start and a couple of goals, Paula off a short corner and Jane from a lovely pass from Jenny, was looking more positive. The youngish oppo hit back with a goal, increasing their confidence and we were slowing, where are those subs when you need them?  Second half started well and following some nice play we scored another courtesy of Sara.  Jane repaid the favour to Jenny making a pass to Jenny in the D, who finished it off in style.  Lovely play and although a tough game, we managed to hold the lead apart from a last effort from the oppo following a mistake from the defence.  Final score 4-2, 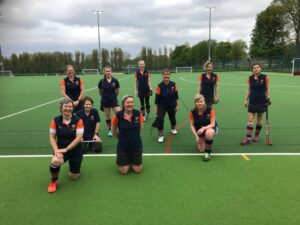 Ladies 5s vs Clapham Common Ladies 5s
Our penultimate game in the longest running season ever and taking place in what has to be one of the most awkward locations off in Merton or Morden or some place beginning with M….
We have not had the best track record against the Clapham Common ladies in the past but we were extremely determined to change that.   We started fast for once and pushed up into the opposition D from the off.  Our defence looked mildly shocked by this state of affairs but soon learnt to appreciate this – and to be on their toes for the inevitable runs through the middle.   We had many chances in the first quarter but they just kept going awry; to the credit of Jacqs, Nicola and Lily, they picked up every recycled ball from the solid midfield manned by Zoe, Rachel, George and Lucy and kept driving on until a lovely cross in from Jacqs found the end of Nicola’s stick and we were away 1 – 0.
We kept to our attacking play and stacked up a second goal too, again courtesy of Jacqs, always seeking to widen the gap as we know from experience how strong Clapham can be.  And, indeed Clapham Common started to find their route through as the half unfolded but goalie Issy on her debut game was fully in command, making great clearances and managing the defence through a flurry of short corners that were all successfully kept at bay – even the one against all-players that was awarded in the last moments of the half.  Phew.
Half time over, we were feeling strong and yet frustrated that the goal difference wasn’t more.   We upped the pace even more and kept wearing them down – Lucy W in particular making excellent runs and Lily holding a great position out wide giving us lots of options, which first Jacqs and then Zoe took great advantage of with Zoe delivering a corker of a goal strike to bring us up to 4 – 0.  The Clapham ladies don’t give in though and put us under increasing pressure. They were consistently thwarted as we successfully defended even more short corners, Tess reading the oppositions play perfectly time after time.  Final scoring honours to Kirsty off a lovely assist from Rachel to end in a 5 – 0 win for us.   No Player of the Match as, quite frankly, it was a fantastic team effort. 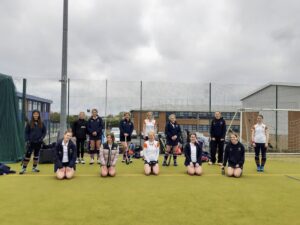