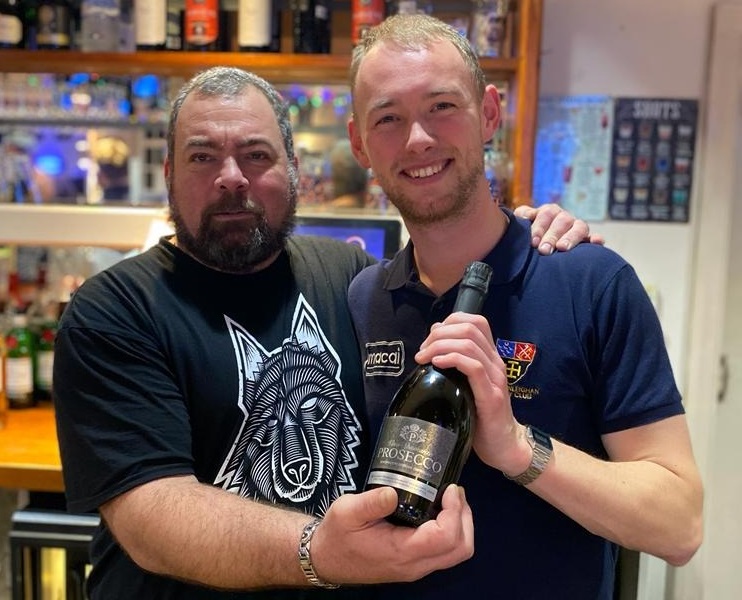 A quiet week thanks to England Hockey’s decision nobody wants to play sport during half-term.

Men’s 1st XI 2-1 Southgate
Following a frustrating set of back to back draws, the Mens 1s were keen to produce a performance worthy of 3 points as they hosted London rivals Southgate on a blustery Saturday night. The OCs got off to a promising start by controlling the tempo well and playing with an increased level of intensity that was lacking in the previous week. Despite starting well, the OCs found themselves a goal down just four minutes in as Southgate broke fast and high down the right wing, before eventually squaring the ball to an un-marked man in the middle of the D who converted the simple chance. Fortunately this early concession did not impact the OCs’ mentality as they continued to move the ball at a fast pace, looking to exploit the Southgate defence.

Fourteen minutes into the first quarter, Will Phillips made a nifty shave tackle to dispossess the Southgate centre half, allowing Charlie Lamb to pick up the loose ball and feed through to Ben Roe at the top of the circle, who powered the ball high in to the top right hand corner of the goal. With the wind in their sails, the OCs continued to mount pressure on the Southgate defence before Will Marshall rocketed a reverse hit three minutes later in to the side netting. The boys ended the first quarter 2-1 up; an eventful start for the spectators. The second quarter saw neither side able to further their goal scoring tally, with limited opportunities presenting themselves at either end.

The OCs continued to dominate possession and were looking solid at the back. Josh Doble made a number of good saves as Southgate looked to get themselves back in contention, however the OCs defence stood firm. The final quarter saw the game open up as Southgate looked to push forward for the equaliser, however unfortunately the OCs were unable to capitalise on the stretched Southgate defence. The fans’ nerves were tested when Charlie Lamb got a yellow card four minutes from full-time as the umpire adjudged him to have played the ball with his leg (VAR unavailable for this fixture). Down to 10-men for the rest of the game, the pressure was piled on by Southgate and saw a short corner awarded to the visiting side. Crucially, the well drilled OCs short corner defence said no. After what felt like the longest two minutes of the evening, the full-time whistle was met with cheers from the crowd and the boys secured a vital 3 points – Will Marshall could barely contain his happiness as he grinned ear to ear in the post-game huddle. The boys will now look to build on this momentum as they travel to Teddington next Sunday in another London derby.

Wanderers 2s 0-6 Men’s 2nd XI
This was the re-match of the 1-1 draw three weeks ago which was notable for the absence of anyone who had umpired a game before, to the chagrin of the league. The meet time was early, the weather was windy but the umpires were, thank god, untouched by Tommy Cooper and more importantly qualified. The peoples team arrived en mass by cycle lane to enjoy a rather unconventional welcome. Half heartedly clearing the pitch of storm debris many wishing at least a few more of us had been bestowed a fabled leaf blower. “I wish he’d open up the throttle on that thing” – Ed Wildbore, 2022.

Despite the time, weather and circumstance OCs were rallied by a classic Alex Don warm up and all safely concluded that there was no place anyone would rather be on this fine morning. The people’s team started strongly with some nice attacking play and forward movement rewarded with an early short. This was successfully converted by Surrey’s favourite back post tap in merchant Sam Biccarino. Not looking to step off the gas, OCs quickly doubled their lead with el tapos Biccarino finishing again from close range on the half volley, decent finish to be fair. The half then saw some fine defensive play from classy defensive duo Ben West and Tom Stratford, who soaked up pressure to keep the score at 2-0. Perseverance and some tidy Ben Marchant passing realised a short in the final play of the half. A unique routine saw the ball fall at the eager feet of Tommy Cooper. Only for it to be snatched and buried by Alex Don, who wheeled away Alan Shearer esque to celebrate his first goal (ever?).

After the usual half time round up, a tired looking Freddie Russell-Jones and some technical pointers from Irfan OC’s set out to maintain our place in the hearts of the league appointed umpires. Task failed, green for Biccarino and a later yellow for Harry Lankfer (a few also for the oppo) summarised what was a somewhat scrappy start to the second half. OCs to their credit stuck to basics and soon the liquid hockey was flowing again. Not sure who scored the fourth goal but well done -insert name of ex private school pupil here-. Some athletic short corner and open play saves from now clean sheet specialist Seb Harrower were followed by the addition of the fifth goal by a relieved looking David Roberts. The sixth and final goal of the game saw superb midfield interplay rounded off by an uncharacteristically selfless pass from jet setter Tom Lawson to allow Roberts to further add to his tally for the season. Honourable mentions must also go to Ajay Welsh and Callum Tickner who worked tirelessly all game in both attack and defence to build up pressure and open up the game.

With special thanks to Tom Roberts for his supporting on the touchline and Irfan’s wife for providing me with a stick.

Epsom Embers Masters 1-3 Stormers
I know that a number of the Stormers are big fans of Paulina Gretzi. I, myself, am a fan of the teachings of her father, Wayne. He famously said that you miss 100% of the shots you don’t take. I used to think I understood that phrase however it turns out you can also miss 100% of the (many) shots you do take. Anyway, it’s been a difficult week with half term meaning that we only had 12 players. Moreover, storm Eunice meant that Epsom’s clubhouse, changing room, showers and teas were no longer.

The game started well for the Stormers with JJ and Gerry linking up for a well worked goal against a decent Epsom defence. Storm Eunice was also evident in the middle of the pitch as Rippers was often being blown over by a heavy gust. Happily the octogenarian umpire cried foul play and Cato and Rippers dominated the midfield against a solid Epsom outfit. As a result we created loads of chances, missed them all, and went into half time 1 0 up. So far so good. The second half started well again with Gerry scoring from close range following some good work from Ports and Andy down the left. Now by this point Herflick on side line was purring and the Stormers looked to be in cruise control.

Now, lots has been spoken about recently by Goalie about his holiday to Rome that he allegedly booked and then allegedly cancelled. However, he did manage a holiday of sorts in February as we went for a wonder to the right corner of the pitch to see how Herdy was doing mid way through the second half. Sadly the ball was on the P spot and Epsom put the ball into an empty net. There then followed the standard shambolic 10 minutes in which Goalie made a number of decent saves and we passed the ball to Epsom at every possible opportunity. Happily Gerry didn’t read the memo and popped up with five mins to go to score a crucial third goal and put them to bed. If you deem the above to be jokes put them to one side as it was a cracking team performance against a good Epsom side (who had four subs). Special mention to Mani for making it look very easy at the back. Fair play also to Matt and Gavin for coming to support on a pretty miserable day. Did someone say the title race is wide open?