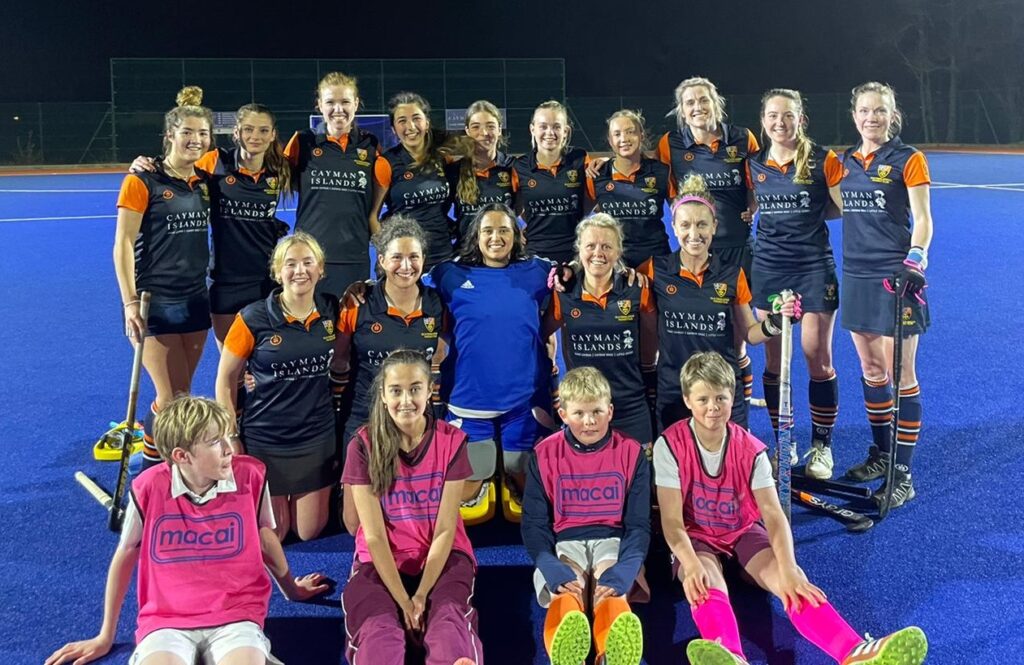 What an evening, the ladies side showed great teamwork and spirit and kept the crowd in suspense from start to finish. The conversation lead by our Captain Richie in the changing room prior to the game was of high importance – how much water have you drunk today? It would seem that not all members of the squad are avid water lovers. Some had only a few sips, others were very proud of their coffee intake and of course there were those who follow the recommended in take. None the less, the team have encouraged one another since to help us on our way!

Both sides were up for a top quality game, neither side never giving up and always working back to secure themselves back into the game. The OC’s managed to take the lead, having won several shorts corners the momentum was building and the finally took hold of their opportunity with a straight strike from none other than our leader of the pack – Richie. This was shortly followed by another goal, with some lovely passing and transfers amongst the team the ball was worked up the pitch, with some great movement in and around the D, resulting in a goal from Bella on the post, the score was now 2-0 to OC’s. Wimbledon didn’t back down and they came out on the attack, they were rapid on the wing and worked the ball around resulting in a goal to keep them in the game, 2-1. This only spurred the OC’s on, and came back fighting with another goal, taking it to 3-1. This came from a short corner, a lovely in and out from Richie and Laura and saw our team leader sent another goal into the back of the net.

Wimbledon once again showed great performance, taking hold of their opportunities which ended in a goal taking the game to 3-2. The battle wasn’t won, the team worked hard for one another, showing up and stepping in front of players. They took hold of their opportunities, and another goal was scored from a cracking run on the right from Flo who passed the ball into Laura who slotted the ball into the net. The score was 4-2. Wimbledon didn’t give up and came back at us with another goal, it was now 4-3! Both teams were playing their hearts out and didn’t stop. They both took hold of their opportunities and broke down one another’s game play. Bella was in the right position at the right time and secure the OC’s their next goal, a scramble in the D but none the less a goal 5-3. Wimbledon came back hard and showed more signs of hope as they secured another goal, it was now 5-4 and the pressure was building, the time was running out with only two minutes to go OC’s had not given up and still wanted to secure another goal. They did it! With a fight to the bitter end in the D, the OC’s took hold of a rebound handled by Laura who took to her reverse and struck the ball. It was done, the whistle blew and a sign of relief – what a game. The final score of 6-4 and the 16th Win on the bounce. Man of match was awarded to Alina who had an outstanding game.