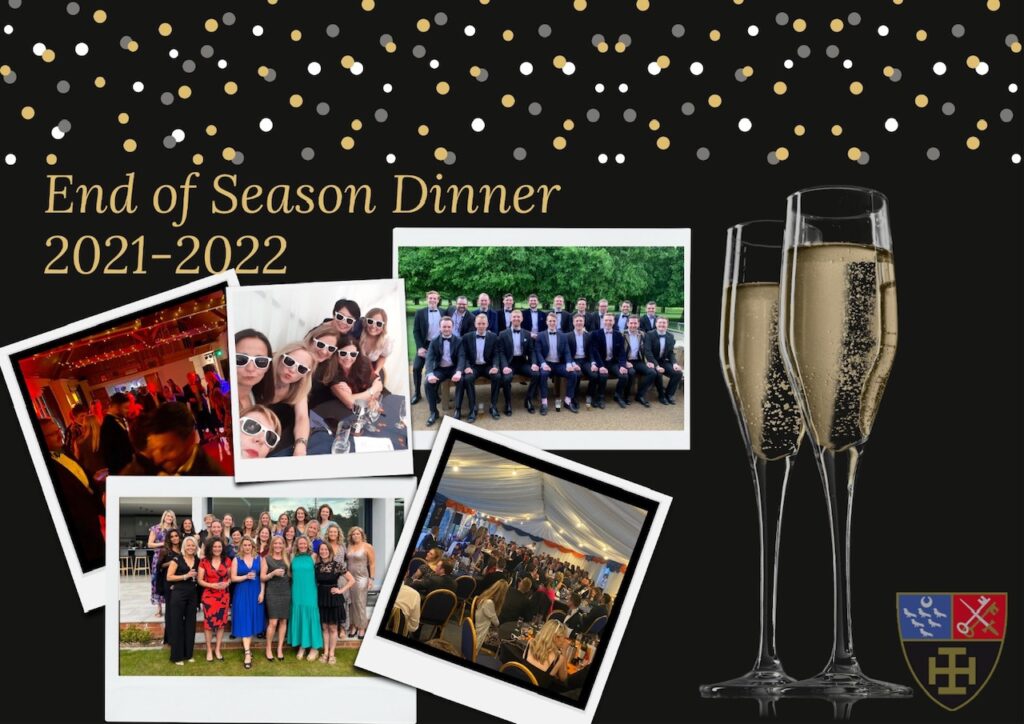 It was absolutely fantastic to be back celebrating the adult league season after an enforced two-year break and the club certainly made up for the time lost!

With 35 awards to present, the evening kicked off with bubbles and a welcome speech from our Club Captain, Helen Hawes. With over 230 league games played and a massive 600 goals scored under a changed league structure, none of it would be possible without the dedication of so many people… players, coaches, captains, umpires, many volunteers and our Executive Committee.

Dinner and award presentations for a raucous crowd of over 120 people will always be a tough gig but thanks to our very own ‘Master of Ceremonies’, Molly Hanson, kept the evening and drinks flowing seamlessly. The much anticipated Golden Stick award for the club’s top goal scorers went to David Roberts (28 goals) and Amy Mighalls (19 goals). Congratulation to all our winners and the full list can be viewed here. 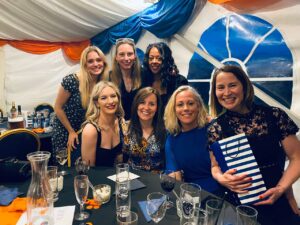 The main club awards came next before the dancing commenced. Ladies and Men’s Club Captain’s Awards went to two people who were utterly selfless throughout the season. Michelle Rankin, as a goalkeeper was allowed to double up and did so on several weekends at various locations, received the Ladies award from Georgie Sangster. The same behaviours were echoed by Cato Choi as he presented John Seear with his Men’s award. He played more games away from home over the season putting himself out for the greater cause of being able to field 11 players.

Christian Davies Award for Significant Contribution to the club went to Adrian White. Having returned to hockey 10 years ago when his children started in the newly formed OC Junior section, Adrian has given up so much time to support the club’s growth. He has managed his children’s age groups for several years, especially within the boys section, doubled up as a coach and umpire at times but more recently helping the club start the Men’s Warriors, our Lads and Dads team. His guidance has brought a vast number of junior boys into the men’s league section and allowed them to flourish in the right environment and more often than not have them poached by the teams above.

The Roger Loveland Award for Long Term Service to the Club was awarded to Georgie Sangster. Georgie has taken on many roles in the club – not only as a long-term playing member but for many years she has also run the Social Secretary role, bringing new ideas to the table and ensuring the club came together as one. More recently she stepped up to be Ladies Club Captain and took on the task of managing the growing number of teams and integrating the juniors into the ladies’ section. A time consuming job with tough decision making but she has always engaged Coaches and Captains along the way. The successes in the ladies section have been notable and changes brought on Georgie, with Jo Mir’s support, have played a huge part in this.

Team of The Year Award was presented by Director of Hockey, David Mathews. It went to the Ladies 1s for their League win, promotion and their impressive 17 wins in a row to close out the season. A huge thanks to Lauren Moors (Ladies 1s Coach), Katie Richards (Ladies 1s Captain) and the squad for their hard work and dedication in making this happen.

A big thank you to Molly and Josh for organising the evening with Georgie’s guidance. As always the event was superbly hosted by the ever patient JJ, Georgie and the team.

All the photos from the evening can be viewed here. If you have photos you wish to shared on this link please send directly to joinochc@oldcranleighan.com