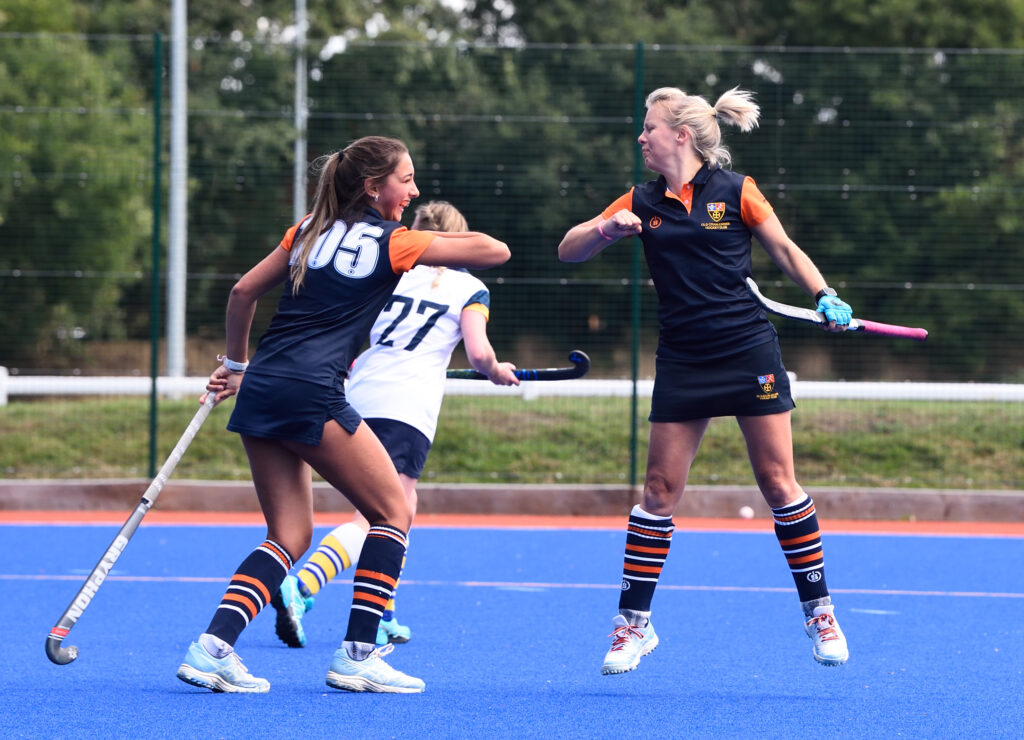 We are more than just a little bit excited to be kicking off the season with a few friendlies this weekend and our Men’s O40’s squad made it to the final of the England Masters Competition.

Nearly six months later than billed the Over-40s finally got to play their semi final against Bowden in Tier 2 of the England masters knock out competition with a chance to emulate the Over-50’s success of the  previous week and for the first time have two teams representing OCs in a national final. Having fallen just short the last two attempts the youngsters were keen to deliver. So much so, even Gav turned up to Tongy’s infamous fitness sessions in a bid to make the squad. Ports however stuck to his guns and refused to step anywhere near a hockey pitch unless it involved an actual match.

A fairly cagey but even opening 10 mins ensued as the rustiness of almost zero competitive hockey since March was apparent but slowly we got into our rhythm and shortly after scored the opener with a neat deflection past the keeper by Gav to settle the nerves. Bowden looked to counter quickly but any danger was snuffed out by the defence and Goalie. Midway through the first half following some great work by the midfield, Rippers senior found his way into the D and a pinpoint shot to the back post was turned in by CB with his first touch of the game. This clearly rattled Bowden who put a call out to the local sniper and lo and behold hit his mark a few minutes later and CB departed for a well earned rest. The rest of the half played out frantically as both sides wanted to score every time they went forward, great for the crowd not so much the older legs.

The second period took the game back to its cagey affair as the heat took its toll but Bowden started to turn the screw and upp’d the pace helped by their full bench and constant rotating of players. The introduction of a semi fit Closey brought the game back our way as he suddenly found himself alone with the ball at the top right of the D. With the infamous words of a club stalwart ringing in his ears, Closey did choose to shoot from there and peeled away celebrating as the ball flew into the top corner.

As the minutes ticked down unsurprisingly we began to tire and Bowden took their chance to get one back. And then another. Against the ropes and down to 10 Bowden pushed for the equaliser but some magnificent commitment by everyone denied them the lottery of strokes and earned us a trip to the final next weekend.

A final thanks to Bowden as a lot of hard work to make the game possible and safe for everyone was evident and we were made to feel very welcome by all concerned. 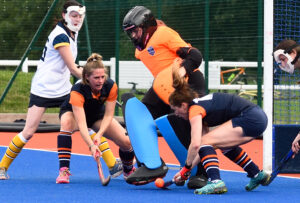 Ladies 2nd XI 5-1 Barnes 3s
The ladies 2nd XI were second in the line up for OC club day. A new look team stepping out for their debut against a physical Barnes team.

OCs started strong with drives up both sides of pitch and scored early doors from a crossed ball in from the right and a strike by Amy Mighalls putting the home team 1-0 up. OCs continued strong with numerous attacks on the D with a lifted ball finding the stick of Mighalls again who volleyed the ball into the roof of the net taking the score to 2-0 in the first quarter.

The second quarter saw the home team winning short corners. Not phased by the Barnes keeper, a Liz Norrington injection found stopper Helen Hawes and Alina Mir scored from the first corner with a thunderous straight strike. Making it 3-0.

A positive team talk meant OCs started the second half with oomph and spirit utilising the young, fresh legs of the junior players. An assist from Ali Fox-Robinson found Flo Holder to take the score to 4-0.

Another Fox-Robinson battle resulted in the ball falling to Zali Stipanicev on her debut for OCs. She had had an opportunity or two earlier in the game with one hitting the wood work but not this time. Stipanicev took on the keeper one on one and with great skills slipped it past her to make the score 5-0.

The opposition managed to break up the fluidity of OCs but barely troubled the keepers. They scored one back which came from a scrap in the D taking the final score to 5-1. A great result for the first friendly of the new season.